The four levels of protein structure

A protein’s secondary structure describes its highly regular, repeating intermediate substructures that form before the overall protein folding process completes. The two most common such substructures, shown in the figure below, are alpha helices and beta sheets. Alpha helices occur when nearby amino acids wrap around to form a tube structure; beta sheets occur when nearby amino acids line up side-by-side. 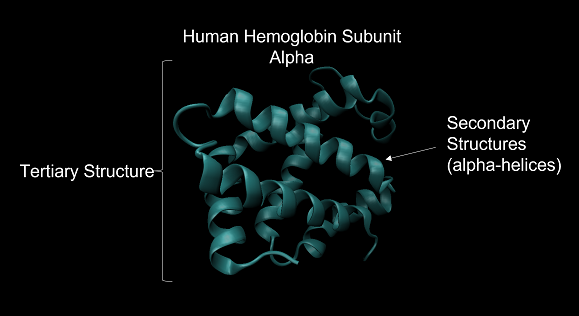 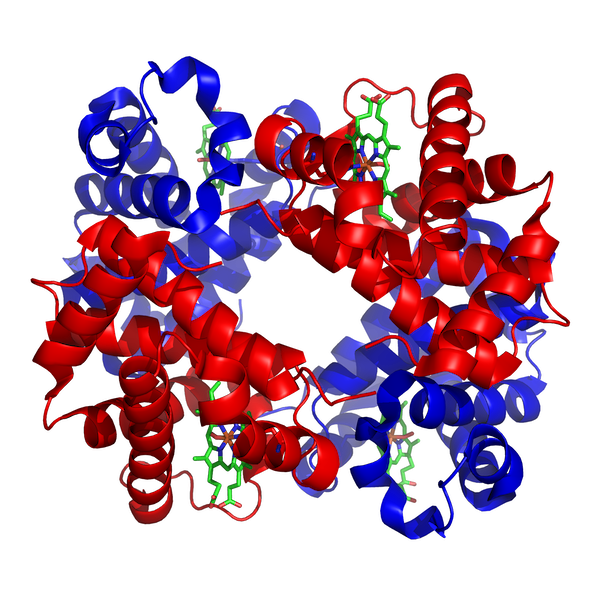 As for coronaviruses, the spike protein is a homotrimer, meaning that it is formed of three essentially identical units called chains, each one translated from the corresponding region of the coronavirus’s genome; these chains are colored differently in the figure below. In this module, when discussing the structure of the spike protein, we often are referring to the structure of a single chain.

A side and top view of the quaternary structure of the SARS-CoV-2 spike protein homotrimer, with its three chains highlighted using different colors.

The structural units making up proteins are often hierarchical, and the spike protein is no exception. Each spike protein chain is a dimer, consisting of two subunits called S1 and S2. Each of these subunits further divides into protein domains, distinct structural units within the protein that fold independently and are typically responsible for a specific interaction or function. For example, the SARS-CoV-2 spike protein has a receptor binding domain (RBD) located on the S1 subunit of the spike protein that is responsible for interacting with the human ACE2 enzyme; the rest of the protein does not come into contact with ACE2. We will say more about the RBD soon.

Now that we know a bit more about how protein structure is defined, we will discuss why proteins fold in the same way every time. In other words, what are the factors driving the magic algorithm?

Amino acids’ side chain variety causes them to have different chemical properties, which can lead to some protein conformations being more chemically “preferable” than others. For example, the table below groups the twenty amino acids commonly occurring in proteins according to their chemical properties. Nine of these amino acids are hydrophobic (also called nonpolar), meaning that their side chains are repelled by water, and so we tend to find these amino acids tucked away on the interior of the protein. 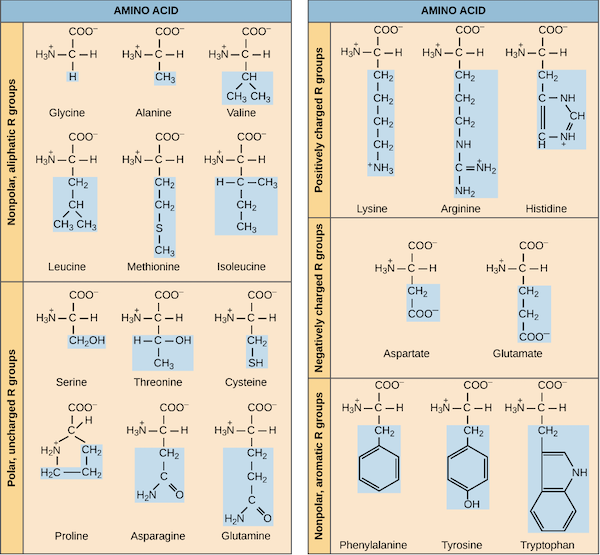 A chart of the twenty amino acid grouped by chemical properties. The side chain of each amino acid is highlighted in blue. Image courtesy: OpenStax Biology.

We can therefore view protein folding as finding the tertiary structure that is the most stable given a polypeptide’s primary structure. A central theme of the previous module on bacterial chemotaxis was that a system of chemical reactions moves toward equilibrium. The same principle is true of protein folding; when a protein folds into its final structure, it reaches a conformation that is as chemically stable as possible.

As the protein bends and twists into a stable conformation, bonded energy derives from the protein’s covalent bonds, as well as the bond angles between adjacent amino acids, and the torsion angles that we introduced in the previous lesson.

As for van der Waals interactions, atoms are dynamic systems, with electrons constantly buzzing around the nucleus, as shown in the figure below. 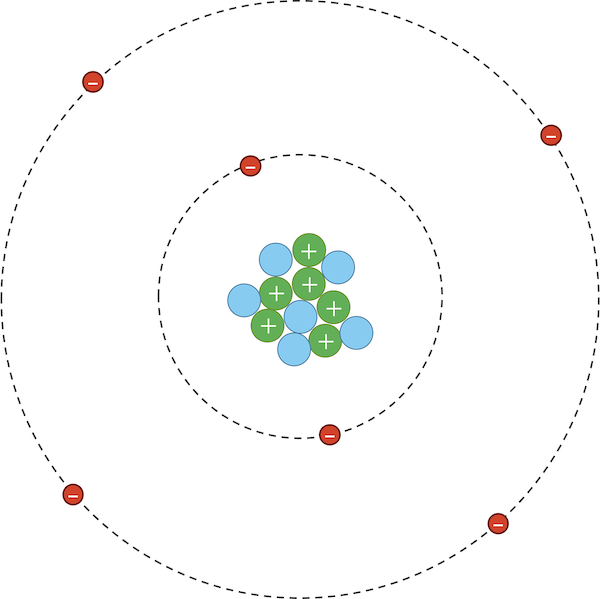 However, due to random chance, the negatively charged electrons in an atom could momentarily be unevenly distributed on one side of the nucleus. This uneven distribution will cause the atom to have a temporary negative charge on the side with the excess electrons and a temporary positive charge on the opposite side. As a result of this charge, one side of the atom may attract only the oppositely charged components of another atom, creating an induced dipole in that atom in turn as shown in the figure below. Van der Waals forces refer to the attraction and repulsion between atoms because of induced dipoles.

As the protein folds, it seeks a conformation of lowest total potential energy based on the combination of all the above-mentioned forces. For an analogy, imagine a ball on a slope, as shown in the following figure. The ball will move down the slope unless it is pushed uphill by some outside force, making it unlikely that the ball will wind up at the top of a hill. We will keep this analogy in mind as we return to the problem of protein structure prediction.