In this tutorial, we will build a Jupyter Notebook to analyze loops in the E. coli transcription factor network, which can be downloaded here. If you would like to jump to the end of the analysis, you can download the complete Jupyter Notebook here.

You will also need the following helper file: Python File

Before running this tutorial, make sure that the following software and packages are installed.

Warning: Be careful of the igraph installation and follow the website instructions carefully. When installing via pip or conda, specify “python-igraph” instead of “igraph”.

Create a blank Jupiter notebook titled loops.ipynb and start editing this file below. First, we import the transcription factor network and see how many nodes and edges there are, as well as count the number of loops.

If you run your notebook, you should obtain the following statistics.

We can also create a visualization of the network by adding the following line of code to our network. 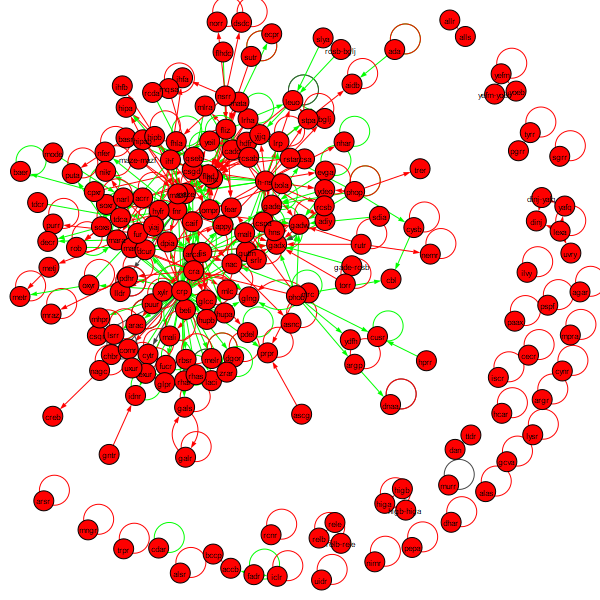 The resulting network is shown in the figure below. 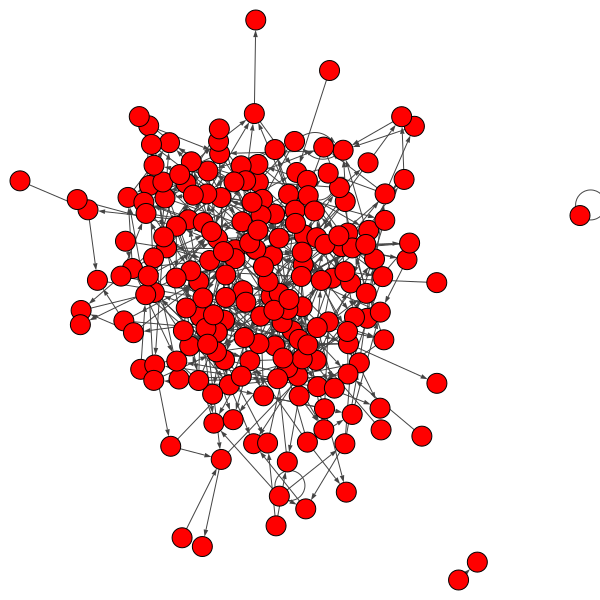 The question is how many edges and self-loops this network has, which is handled by the following code.

This code produces the following statistics for the random network.

The number of self-loops is significantly lower in the random network compared to the real transcription factor network.

STOP: Change the input integer to random.seed to any integer you like. How does it affect the number of nodes, edges, and self-loops? Try changing the input to a few different values.

Regardless of what seed value we use, we can confirm that the number of self-loops expected in a random graph is significantly lower than in the real E. coli network. Back in the main text, we will discuss this significance and then see if we can determine why autoregulation has arisen.